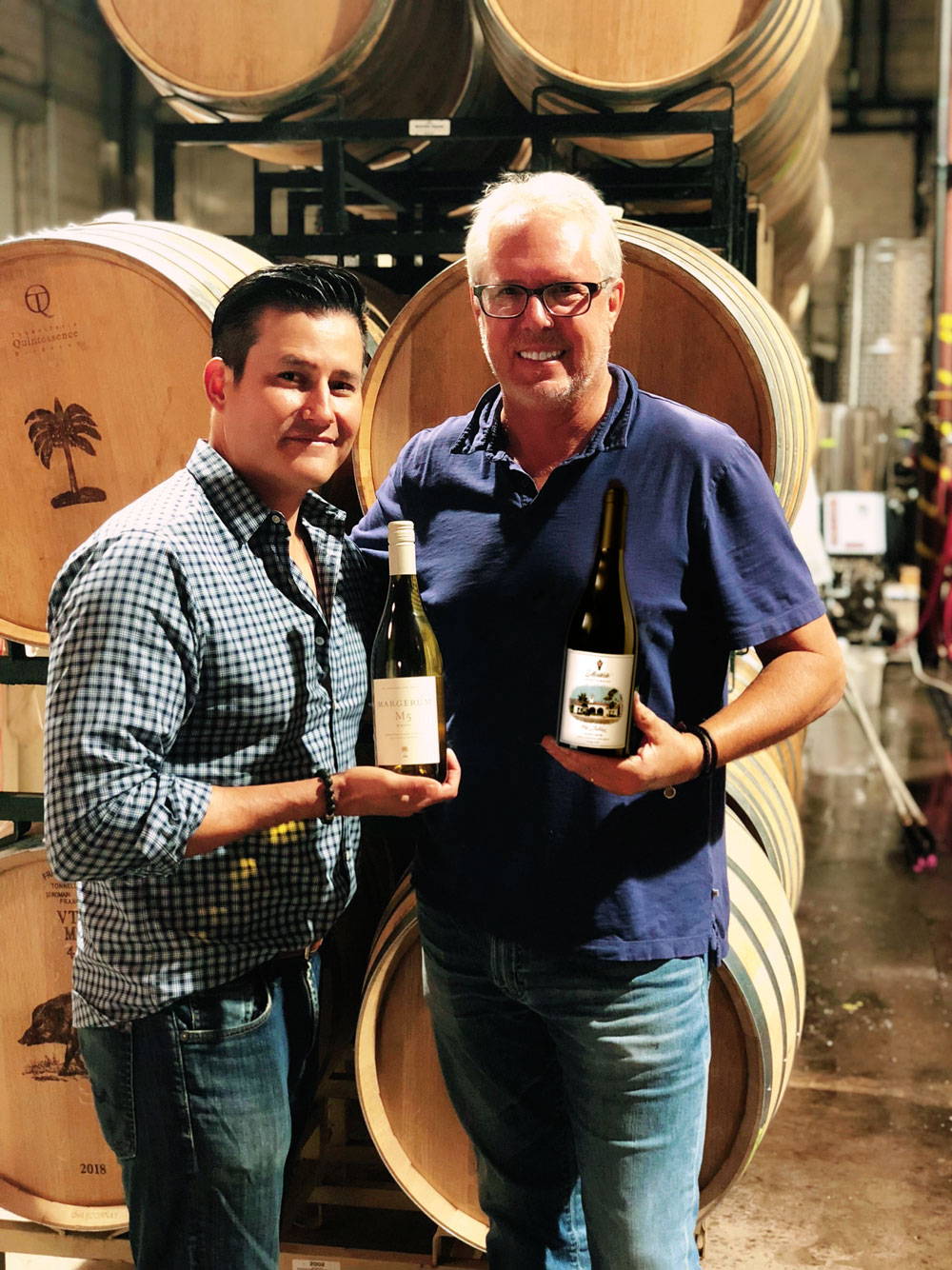 Coinciding with his graduation from UCSB with a degree in Business Economics in 1981, his family purchased Wine Cask - an existing wine store. What began as a retail wine store quickly expanded to include a simple bistro adjacent to the existing space. The restaurant garnered critical success from the outset with praise from Gourmet, Bon Appetit and the Los Angeles Times.

Doug launched the Wine Cask Futures program in 1984 in Santa Barbara, which elevated the exposure of Santa Barbara Wines nationally. Doug owned and founded Vita Nova winery with Bob Lindquist (Qupé) and Jim Clendenen (Au Bon Climat) in 1986 and sold his share in 1998.

In 1991, Wine Cask expanded to the “Gold Room” in Santa Barbara’s legendary El Paseo and the adjacent Intermezzo cafe opened in 1996. The two restaurants and the wine store were the Santa Barbara destination of choice among local and international food & wine cognoscenti.While running the restaurant, wine store and catering, Doug traveled and discovered wines that had yet to be imported to the United States. Wine Cask was the first to bring in the wines of Didier Dagueneau, a winemaker in the Loire Valley who received a cult following for his Sauvignon Blanc wines from the Pouilly Fumé appellation, along with René Geoffroy Champagne and Dominique Laurent wines from Burgundy.In 1994, Wine Cask became one of 74 restaurants in the world to earn the Wine Spectator Grand Award.In 2007 Doug sold the restaurant to focus on his nascent eponymous wine production.

In 2001 Margerum Wine Company began in a tiny 240 square foot cold room behind Brander Vineyards. At the time, it was the smallest bonded winery in the United States. The philosophy was to return wine making to its previous form of production – handcrafted and personal. Doug works with the top vineyards from the cool, eastern end of the Santa Ynez Valley in Happy Canyon of Santa Barbara to the cold vineyards of Sta. Rita Hills towards the western end of the Valley.

Doug’s unique background with retail wine sales, as a sommelier in a Grand Award restaurant and as a wine maker made him sought out by a variety of wineries to assist in the formation of their brands. Doug has worked for Chêne Bleu super Rhône wines in France and continues to consult for Paradise Springs, La Encantada Vineyards, Happy Canyon Vineyards, and Rancho Boa Vista - all in Santa Barbara County.

In 2016 Doug established an 18-acre vineyard on Alamo Pintado Road in the Los Olivos District AVA. The vineyard is planted to ten red and white Rhône varietals, with five clones of Syrah planted on steep hillsides.As a friend and colleague of Julia Child’s during her time in Santa Barbara County, in 2016 Doug was asked to be on the Smithsonian’s National Museum of American History Kitchen Cabinet, a board made up of leaders in the food and wine industry. Doug is also on the advisory board for the Julia Child Foundation.